You are here:
PPC 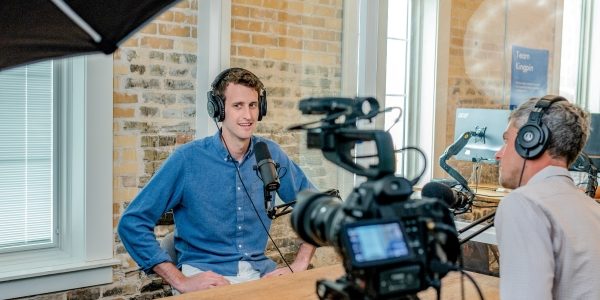 Following is a list of PPC interviews questions and answers we have prepared with the assistance of major search engine and sites like Amazon, Bing and Google.

What is Pay-per-click Advertisement?

PPC stands for Pay-per-click, a paid marketing model which allows advertisers to post their ads across the web. Each time an ad is clicked by a viewer. The advertiser has to pay a fee for it hence pay per click or PPC.

What is the role of negative keywords in PPC advertisement campaign?

Negative keywords in PPC ad campaign play a positive role actually. When placed correctly they limit your ads from showing up in queries that are somewhat irrelevant. Therefore, prevents your ad from landing on queries that bear no fruit to the website.

What are the key factors to be determined while designing a PPC campaign?

Three main factors should be determined while designing a PPC Campaign. Ad cost or Bid, Targeting Audience and Ad Quality.

What are the factors that should be avoided while setting up a PPC ad?

Keyword overloading, no call tracking and biding too low for a campaign.

Can you name some of the Google AdWords Ad Extensions?

Explain what is Google Ad API?

Google Ad API is a scalable approach which was designed for the representation of large group of technical advertisers who use third parties to manage accounts. An innovative and effective approach to interact with Google Ad Servers directly.

How can we use Google Ad API in our ad campaign?

With the help of Google Ad API an application can be designed to generate relevant keywords, custom ad texts, reports and landing pages. Moreover, the synchronization of Google Ad data with the inventory will help in managing campaigns.

Tell us how you can improve the score of your landing page?

Can you track conversion in Google AdWords? If yes then explain how?

Yes, conversions are trackable in Google AdWords. By simple steps we can improve ad rotation and gather information on user interest.

Access the search funnel, inside tools and analysis option. It gives additional information on user behavior and the frequency of ad appearance before converting. Purchases involving simple tracking tools provided by Google AdWords.

How is it possible to improve conversion rates?

By improving the quality of landing page and creating ads that phrase match the keyword perfectly and theme-based ad groups.

What is an Ad Group?

How many keywords should be added in an Ad Group?

An appropriate number must be between 10-20. Keywords stuffing always fails to work.

How many ads should be placed per Ad Group?

At least 3 quality ads should be placed per ad group.

How does Google Auction work?

When a user enters a query or a keyword, AdWords displays a lists of relevant ad sets. Google AdWords decides which ads should appear with the speed of light-fast ad auction. Each time a user visits a site with ads or enters an inquiry on google.

DFA is double clicks for advertisements, an ad server primarily used for tracking the clicks and impressions for different networks. Two important functions of DFA are ad reporting and trafficking.

What is Ad Trafficking?

Ad Trafficking is a technique performed via advertisement platform or a server and it covers technical aspects of an ad from setting up an ad, creativity and tracking links.

Double Click Bid Manager or Demand Side Platform from Google helps developers to buy display media ads that implements programmatic strategy. DBM is one of the most effective strategy.

Google quality score (QS) is the metric that helps analyse ad rank, ad position and relevancy for the user. Basically, it is based on relevant keyword, ads CTR’s (click through rate) and the quality of landing page.

What is actual CPC?

Cost per click can not be calculated exactly. However, a simple rule to get the average is to (Ad Rank to beat/QS) +$0.01

How does Google Quality Score impact Ad Position and CPC?

Google Quality Score is directly proportional to Ad position and has an inverse relation with CPC, which means if the google quality score the ad position will be higher and the cost will be low.

What are the changes that cannot be undone once the Ad Word account is created?

What is the limit for a PPC Ad?

Description: 75 characters both one and two.

Do you recommend creating separate ads for display network?

Yes, because display ads have different tasks and scaling parameters. It is always recommended to have separate campaigns for network ads and display ads.

What are invalid clicks?

Fake clicks or invalid clicks are software clicks or unintentional clicks and google has a whole setup to detect these clicks.

How can you predict that your google conversion is fruitful?

Well, the results may not be quite accurate but using extensions like Google Analytics Debugger and Google Tag Assistant.

How do you explain IP Exclusions?

IP Exclusions is run for blocking ads from the networks and systems with the same IP Addresses. It is mostly done to avoid wasting of money.

PLA is product listing ads used by google to advertise product ads on search engines. This campaign is mainly used by e-commerce sites.

What should be the time duration between two ads?

Is it recommended to bid on your brand’s name?

Yes. Especially when you are in a highly competitive industry.

What are the benefits of remarketing?